Why Mario Can't Go Back

This is based on a chat between me and SuperPineappleHero right here on the SOG Wiki chat.

Recently I was thinking about Super Mario Bros. 1. How come you can't walk left in the game? Later on in other Mario games you can. I think I may know why.

Mario commited some horrible thing in the past. After he did it, he was scarred and couldn't face his past. He was so scared of facing his past, he wouldn't even go back to where he just was.

When you beat the game and save Peach and again in Super Mario Bros 2 (The Lost Levels), Mario gained courage and was able to turn back.

But in Super Mario Bros 2 (Doki Doki Panic), Subcon isn't just a dream. It was a nightmare. That was what Mario had done. He killed hundreds of enemies and the leader Wart, who was actually an innocent king. At the end of the game when Mario wakes from his nightmare, it was a flashback to what he did. After that, SMB1 took place.

To this day, Mario doesn't really talk that much. It's because his past still haunts him, just not as much. He keeps accepting quests to save the princess. Quests he made. The only time Bowser really kidnapped Peach was in SMB1 and The Lost Levels. After that, Mario just kept hiring him to kidnap Peach so that he would be distracted while trying to "save" her. He just keeps trying to get away, setting where Bowser takes her to further and further away, even to the vast void of space. Also, in Super Mario Land, he went as far as to rescue someone he didn't know in a country miles and miles away. But you can't really run from your past.

In SMG2, the "trees" of Shiverburn are hallucinations, personifications of Mario's subconscious that reminds him of the events of what happened in Subcon. Or possibly, they are Bowser's attempts at bringing back his fallen soldiers, but it failed. Now all they want is revenge.

In Super Mario Sunshine, he went on a "vacation". He hired Bowser and his son to kidnap Peach. He planned to be arrested and have to clean up the mess. It was all just distractions. In Super Mario Bros 3, it wasn't even a kidnapping. It was just a play. That's why when you beat a level, it's black. He's leaving the stage. Blocks cast shadows on the backdrop, platforms are held with ropes, and other blocks are screwed together. It was just a play. Hell, the Paper Mario series is papery because it's just Mario acting things out with toys.

Even the other series are lies, such as Mario Kart, Mario Party, and Super Smash Bros. They were just distractions for Mario. It's all his own versions of therapy.

And the therapy isn't working. 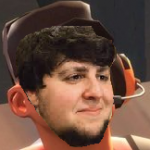 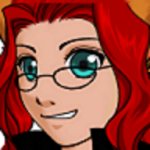 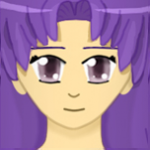